Competition for some of the most important jobs in the European Union is heating up. But the rules of the game are ambiguous allowing the media, perhaps, to determine the outcome 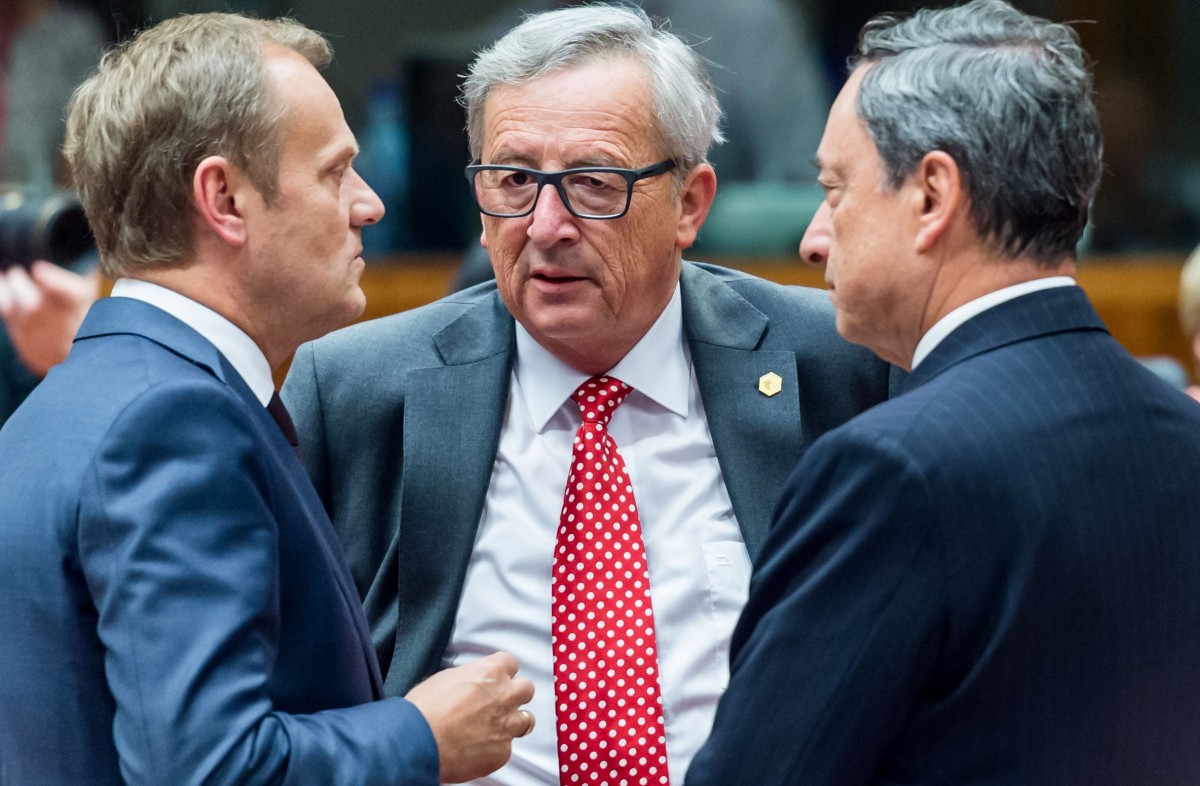 With Brexit in limbo and the European Parliament elections of 23-26 May only five weeks away, political leaders are firmly focused on the bloc’s top jobs that are up for grabs in the next few months. Given that Commission President Jean-Claude Juncker is poised to step down, EU Summit Chair Donald Tusk is at the end of his five-year-term and foreign representative Federica Mogherini has stated that she will not seek reappointment, jockeying between parties and national capitals for these posts is in full swing.

Then, of course, there’s possibly the biggest prize of all: the presidency of the European Central Bank. Mario Draghi’s term is due to end on 31 October 2019 and while the ECB is independent, his successor will only be decided after horse-trading over who becomes the next president of the Commission.

In the 28 member states and beyond, the campaign has kicked off, with leaders of EU-wide political groups lobbying across the bloc. For now, this mainly involves speeches to small audiences, party conferences and working visits with local politicians, but soon there will be two major TV debates.

The candidates and the process

For the European Social Democrats, Dutchman Frans Timmermans is being welcomed onto podiums by government leaders in Spain, Portugal and Sweden, while his Christian Democrat rival Manfred Weber — whose party is ahead in the polls — is failing to impress his own base. The Greens are deploying the duo Ska Keller and Bas Eickhout, the Conservatives the Czech Jan Zahradil, and the Liberals, a team of seven lead candidates including Danish EU Commissioner Margrethe Vestager and Belgian ex-PM Guy Verhofstadt.

Will one of them succeed Juncker as Commission chief? The European Council of heads of government and the European Parliament will battle it out after 26 May. The treaty forces the two institutions to work together: the heads of government make a ‘proposal’; the Parliament ‘elects’ the candidate. A legal balancing act. In practice this can go one of two ways: either the leaders push through their candidate (as they do with many decisions) or Parliament says, we will only accept one of the proper Spitzenkandidaten (lead candidates) who has conducted a public campaign. This is what happened in 2014, when the Parliament forced the leaders to nominate Juncker against their will. But some national leaders do not want to be outmanoeuvred again.

As the rules are ambiguous, the outcome depends partly on the facts surrounding the campaign itself. How high is the turnout? Who wins? Who loses? Will the pan-European arena capture public attention? (In 2014, the impact of the Spitzenkandidaten was limited to Germany, Austria and Luxembourg, where voters could watch TV duels between the lead candidates in German, but that may be different this time).

Parliament has a surprisingly strong role in the appointment, given that it has the public sphere on its side. The press wants stories. It rewards those who expose themselves to publicity and punishes those who retreat behind closed doors. This became clear in 2014, when German Chancellor Angela Merkel initially supported her fellow party member Juncker but opted to dump him after his victory. German public opinion promptly revolted. From the Bild Zeitung tabloid to philosopher Jürgen Habermas, the message was clear: Merkel had no right to do this. The people had voted, and Europe was not a banana republic! As a result, she backed down.

This time, two TV debates are injecting dynamism into the campaign. The European Parliament is holding one on 15 May, in principle only for official Spitzenkandidaten. This initially disqualified the Liberals; as a smaller party they naturally want to avoid an arrangement whereby the winning party or winning coalition can lay claim to the head of the Commission (hence why they have put forward seven candidates for all of the EU’s top jobs.) However, Vestager, whose Social Liberal party is a member of ALDE (a coalition of liberal and centrist MEPs) will now represent them in the TV studio after all, ensuring they don’t lose out on any free publicity. The media dynamics force waverers to join in.

The other big TV debate, set for Monday 29 April in Maastricht and broadcast to 40 European universities, has already caused Weber embarrassment. His late cancellation earned him the derision of rivals and a strongly-worded letter from the organisers: ‘We will remind voters of your absence.’

The now quite probable last-minute participation of the UK in the elections will also have an impact. For sure, the eurosceptics will win extra seats. However, the balance in the centre could also shift. UK participation would not deliver any votes to the Christian Democrats (since the Tories left their group), while the Socialists could win about 25 Labour seats. This would narrow the gap considerably between Weber and his challenger Timmermans — and consequently give the heads of government more leeway in choosing a candidate. Some think German Chancellor Merkel might be ready to dump her party member Weber if her fellow leaders ask her to do so. But what would she gain in return?

ECB watchers should therefore look beyond Frankfurt in the coming weeks: electoral moves and speculation in the wider arena will determine who gets Draghi’s job. The ECB is independent, but clearly, it does not work in a political vacuum.